In my recent podcast chat with Adin Dobkin and Randy ‘Charlie Sherpa’ Brown, we discussed the importance of the role that narrative plays in bridging the gap between soldiers and the societies that they serve to help civilians better understand the nature of the military operations that are committed on their behalf.  The narrative forms that we discussed included factual, literary, poetic and comedic.

Whilst it might be argued that some narrative forms carry less value and validity than others, each form has a part to play in weaving the complex tapestry that tells the story of our collective and individual experience and becomes our history.

It is widely held that perception is reality and that each of us builds our own reality based on how we experience the world through our senses. If that is the case, then we should ensure that we remember our wars through as many forms as possible, exploring competing and conflicting narratives through the diverse array of media available.

In the information age, the battle of the narrative has become key terrain for military and political leaders.  For soldiers, this underpins the moral component of fighting power; articulating why we fight.  For civilians, the importance of such a narrative is arguably more important as their consent which allows governments to continue State policy ‘through other means’. The essence of Clausewitz’s holy trinity.  Recent examples of the narrative undermining the will of the people include the images of US Marines fighting in the grounds of the US Embassy in Saigon and the considerable media exposure given to military repatriations at Royal Wootton Basset in Wiltshire.  There is little doubt in my mind that in each case, such strong imagery fed the belief that the Vietnam war was unwinnable for the US and that success in Afghanistan was not worth the cost in British lives.

As a means of conveying the raw essence of conflict, poetry is a strong medium.  Writing poetry has enabled me to process my experiences and share them with others.  As a reader, I find poetry so powerful and emotive that I sometimes feel it should be accompanied by a warning notice along the lines of ‘may inspire wild thoughts and actions’ and should perhaps, like a Claymore mine, carry a ‘front toward enemy’ instruction.  How many young men went to war in 1914 influenced by Sir Henry Newbolt’s Vitaï Lampada only to find their experience more closely resemble that of Wilfred Owen’s Dulce et Decorum Est?  I love both poems, Owen’s for its bitter and unglamorous portrayal of the reality of death in an industrial conflict and Newbolt’s for seeking to find something of merit in the unsuccessful campaign to relieve Gordon’s garrison at Khartoum; the realistic and romantic aspects of the drama of conflict.  Even now, when the snapshots of my war are conjured up in my mind, I want to think Vitaï Lampada, not Dulce et Decorum Est.  I hope my writing manages to balance both sides of that coin, for in my experience, there is a truth to each.

In the podcast we discussed the value of humour and the impact that it has on the narrative of war.  In his Sherpatudes Randy tells us that:

“Humor is a combat multiplier. Except when it isn’t.”

Making light of life threatening situations is almost as intuitive to soldiers as it might be counterintuitive to their civilian counterparts.  As a teenager, I remember being horrified at the story of Great War soldiers who would shake the hand of a dead soldier that protruded from a trench wall before going ‘over the top’.  As a veteran, I get it.  In On Afghanistan’s Plains, I describe how a sergeant and I made light of a dead Taliban fighter.  This action, of which I am now somewhat ashamed, was born out of fear, rather than callousness.  This gallows humour, which I accept will perhaps seem beyond the pale to many readers helped us to get through that day with sanity intact.  Some years ago, I read Excursion to Hell by Vince Bramley, a former Parachute Regiment soldier who fought in the Falklands.  My own experience of conflict pales in comparison to the epic fight for Mount Longdon that was endured by those soldiers, yet mixed in with the chaos and tragedy, there is humour.  Bramley tells the story of a soldier playing a trick on a comrade by placing a disembodied human foot into his rolled up sleeping bag.  At another point in Bramley’s story, when under shell-fire, another soldier jokingly cries out “I’ve lost my leg!” to which another man replies, “No you haven’t mate, it’s over here!”  The expression “if you didn’t laugh, you would cry” springs to mind.

But what of the comedic depiction of armies and conflict?  Military customs, traditions and activities can seem arcane to outsiders, which makes them ripe for satire.  Blackadder Goes Forth provides us with an entertaining, if largely inaccurate account of the British Army in the First World War, while it is clear that MASH used the Korean War as a vehicle to satirise the Vietnam War.  In out podcast chat, Randy, Adin and I discussed contemporary attempts to do the same.  I have to admit that I never watched an episode of Bluestone 42, a British situation comedy set in Afghanistan, mainly because when the series aired, I was not yet ready to see my war used as a vehicle for comedy.

As gentlemen of a certain age, we discovered that there are two comedy shows that may have influenced us as young boys, Hogan’s Heroes and Dad’s Army.  Both of these shows rightly fall into the category of classic comedy and have earned their place in popular culture’s Hall of Fame.  Highly entertaining as they are, when weighed against Schindler’s List, these threads do not carry the same weight in our colourful tapestry, but they have a place nonetheless.

On Remembering War is an episode of the Military Writers’ Guild podcast: The Pen and the Sword hosted by Adin Dobkin, featuring Barry Alexander and Randy Brown.

Welcome to FOB Haiku by Randy Brown a.k.a. Charlie Sherpa is published by Middle West Press LLC and available on amazon.

On Afghanistan’s Plains by Barry Alexander is available on amazon as a paperback and Kindle e-book.

One thought on “On Remembering War” 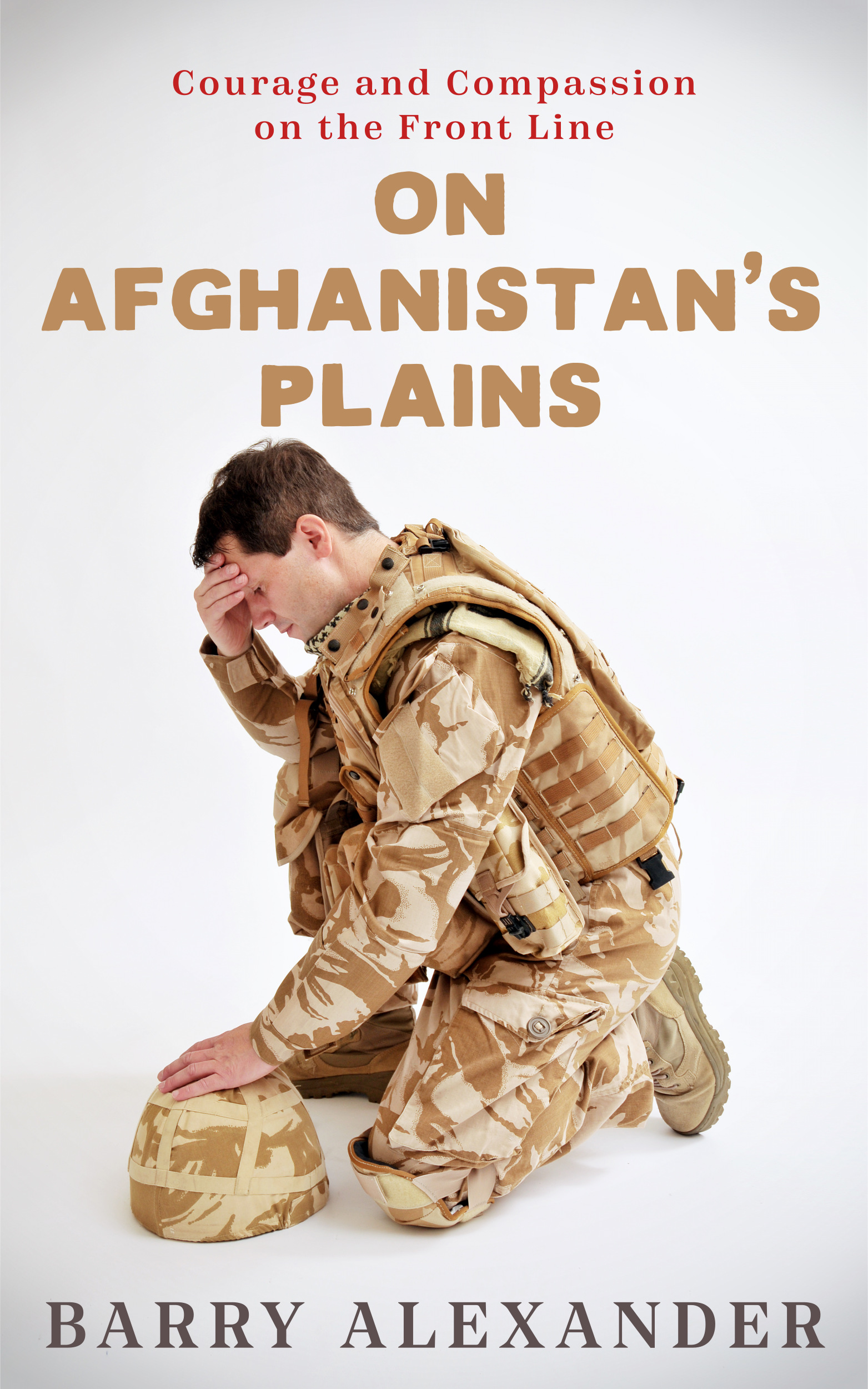